Canterbury set for £380m of investment 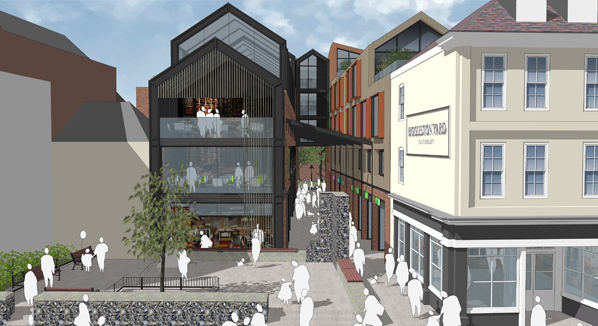 Great to see that Biggleston Yard is on the list as part of the exciting future for the city with more than £380m due to be invested in bringing forward new development over the coming years.

Manuel Alsoni, Chief Executive Officer, Setha Group, said: “As Canterbury City Council rightly recognises there is a lot happening in the city and more will be coming through during the next year or two.

“There’s a need to strike a balance in the City between its historic past and modern future. We share the Council’s vision to embrace modern day city living, creating a place that’s economically and environmentally sustainable by benefitting local businesses, residents, students and visitors.”

The list below features projects worth hundreds of millions of pounds - and that's just the ones the Council can put an accurate figure on.

Whether it's the public sector like the Council, schools or universities, or private investors, like Setha Group and its Biggleston Yard project, displaying their confidence in Canterbury, it shows a city that's thriving and has a really exciting future.

And you can add plenty more projects worth millions of pounds more, too:

The Council doesn’t think that it’s an exhaustive list as more projects will be in the pipeline, and not public.